How To Play Texas Holdem Poker

by Graeme Rossouw
4 months ago 2

Poker is a popular card game, a favorite among most gamblers. Poker is a game that has many variants. One of the most popular versions of Poker is Texas Holdem Poker.

How To Play Texas Holdem Poker: An Explanation Of The Game

Texas Holdem poker is extremely popular at casinos as it is also the version of poker played at the World Poker Tour and the Poker World Series. It is defined as a ‘community card’ variant of the game. What this means, is players share a set of cards that are dealt by the dealer. This is in contrast to variants of Poker where players’ cards or hands are not shared with the other players or ‘community’.

Before we take a look at the 4 stages of Texas Holdem Poker, it is essential to give a brief description of the basic rules of the game.

Firstly, what is important to note is that with Texas Holdem Poker, each round or hand is played with of full deck of cards which is reshuffled or replaced before the beginning of the next hand. The dealer must always deal the cards to the players in clockwise order.

How To Play Texas Holdem Poker For Beginners: The 4 Different Stages

Lets take a look at and explain the 4 different stages of Texas Holdem Poker.

So, to begin the dealer deals two cards face down to each player at the table. Before this is done, in Texas Holdem Poker, however, usually the first two players clockwise or to the left of the dealer must put forward what is called the ‘small blind’. This means they must place an ‘ante’ or mandatory bet to start the hand. This is the first stage of the game, or the ‘Pre-flop’. Players are then allowed to either raise the initial bet amount, call a raise, or fold. Usually, players are only allowed to raise four times per betting round.

After the first stage or the ‘Pre-Flop’, three cards are dealt by the dealer revealed, or face-up, in the middle of the poker table. Players, starting in clockwise order are then allowed to raise, call or fold again. This is the second stage of Texas Holdem Poker known as the ‘Flop’. Players can now compare their own two cards with the three community cards dealt in the middle of the table. These cards are used in conjunction with their own two cards to form their player’s hands.

Following the ‘Flop’, and all betting is finished – the game proceeds onto the second last stage – known as the ‘Turn’. Here a fourth card is dealt revealed or face up in the middle of the table and thus added to the community cards to be used by players that are still left in the round or hand, with their own two cards that they were initially dealt. Again, players engage in betting either by raising, calling, or folding like in the other stages.

Following this, a fifth card is dealt. This is known as the ‘River’. It is placed face-up and forms part of the community cards. Again, players bet against each other. When this is done, the hand or round of Texas Holdem Poker is won by the player who has the strongest hand and has not folded. Remember even if other players had a stronger hand than you and folded – you can still bluff your way to victory!

Check out the following article for 7 strategies to help you win when playing poker: The best way to win Poker: 7 tips to make a life-changing move

Let’s take a look at the different types of poker hands – ranking from least to most valuable.

Also, check out – the following article on How To Play Poker For beginners.

If you have enjoyed this article, be sure to read – Methods To Help You Choose Winning Lotto Numbers 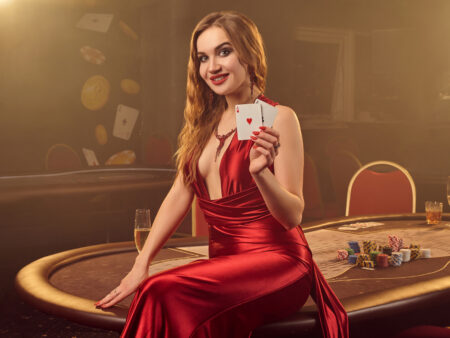 Poker
When to Fold in Texas Holdem Poker? Top 5 Benefits of Folding
2 weeks ago
0 Casino Guide
What is an online casino scam? And how does it work
3 weeks ago
0 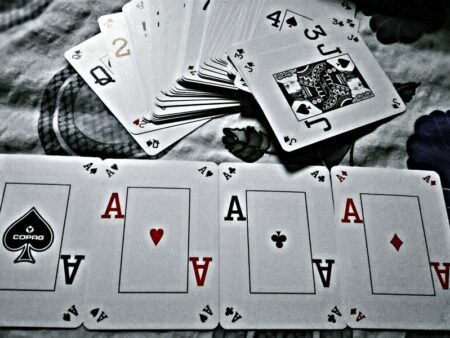 2 Replies to “How To Play Texas Holdem Poker”

Gambling Fraud: TransUnion Reports A 50% Increase In Fraud Involved With The Gambling Sector
3 months ago

How Artificial Intelligence (AI) is Used in Online Casinos?
5 hours ago

The Best Cricket Betting Strategy: How to Win More Money?
3 days ago

Cryptocurrency in Online Casinos: The Advantages
3 days ago

Online Casinos vs Real Casinos: Which One Is Better?
1 week ago